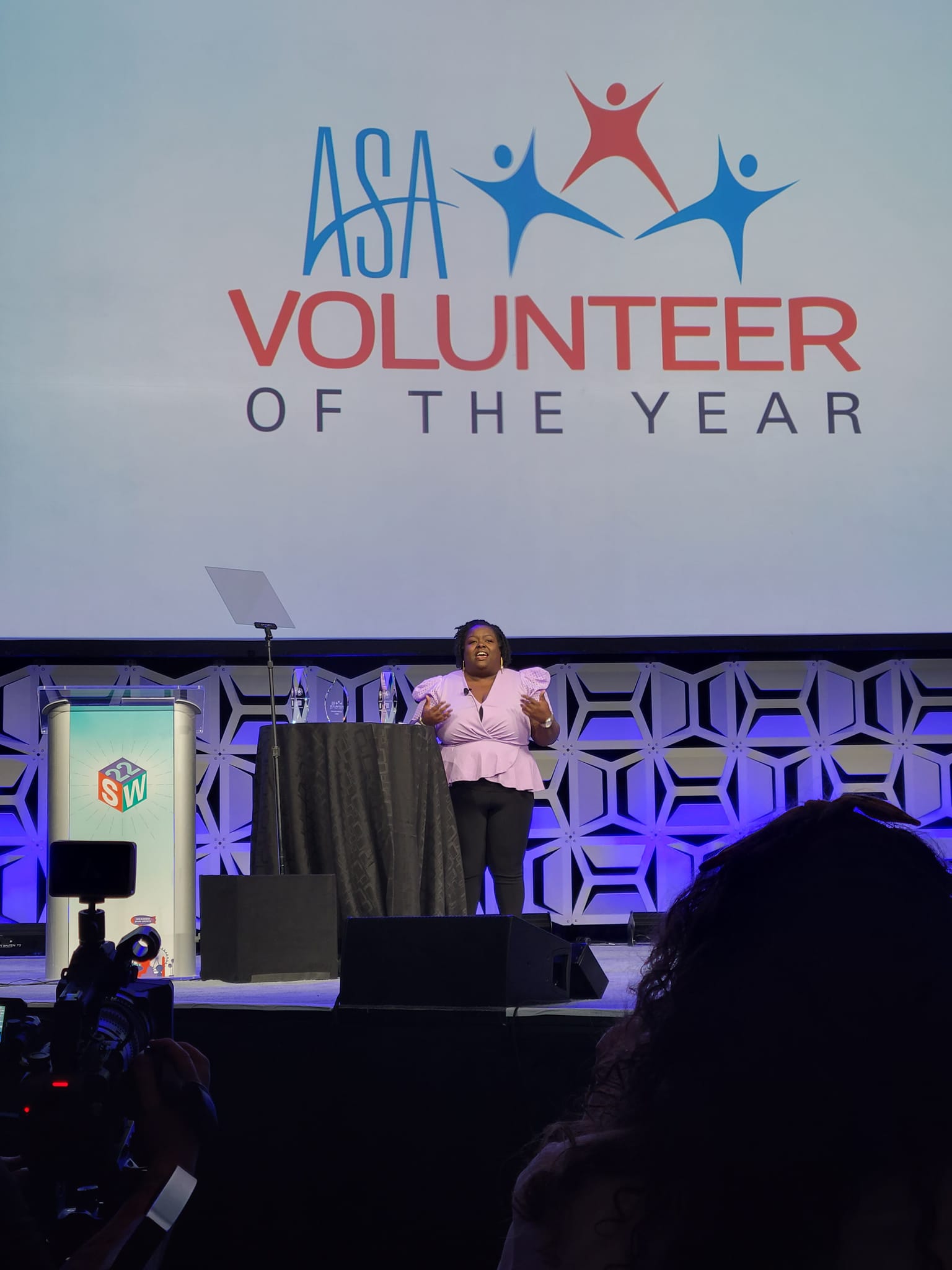 “We’ve never had a better, more passionate leader,” said ASA CEO Richard Walquist as he introduced her to a crowd of more than 2,000 people in Las Vegas. “She exemplifies the best of our industry, the best of our association. She is passionate. She is enthusiastic… We want to thank her for all the contributions that she makes to ASA and to our industry.”

Wesley is an industry leader on diversity, equity and inclusion. She serves on the ASA board of directors and is vice chair of ASA’s IDEA group. She’s part of the ASA Women in Leadership group as well as the Texas Network Council. She has completed two cycles in ASA’s Mentor Match program, and she has been a facilitator and panelists at various ASA events.

“This is the biggest honor that I’ve received in my career because it’s about my passion,” Wesley told the crowd. “This award isn’t really about me because there are so many people that are helping me out and are pushing me forward and giving me the confidence and the passion every day… If you have a spark and you have a passion, do something with it… I want to leave this industry that I love so very much in a better place from a diversity perspective than I found it.”

After accepting her award, Wesley received a congratulatory hug and a kiss on the cheek from NBA legend Magic Johnson, who told her to keep up the good work.

The ASA Volunteer of the Year award recognizes an outstanding contributor on an ASA committee, task force, council or working group. Industry peers from across the U.S. nominate and select honorees. Click here to learn more about this award.